More than 25,00 people, from 32 countries, attended the Jalsa Salana, which took place at the International Centre in Mississauga. 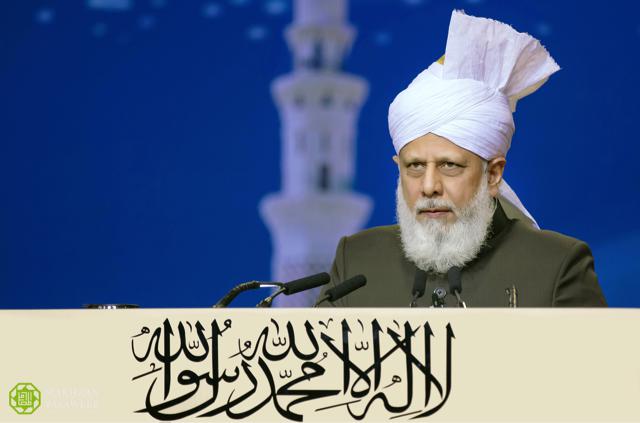 Apart from the thousands of Ahmadi Muslims who participated, many non---Ahmadi and non---Muslim guests also attended. The entire event was also broadcast live on MTA International and streamed online.

In his concluding address, Hazrat Mirza Masroor Ahmad said Islam laid the foundation for peace by promoting true equality between peoples and nations.

His Holiness said that whilst its opponents claimed Islam to be an extremist religion, the reality was that Islamic teachings were a source of universal peace and tolerance that guaranteed freedom of belief and conscience for all people.

Speaking about how religion was viewed in the modern world, Hazrat Mirza Masroor Ahmad said:

"Today much of the world considers religion to be of secondary importance and believes that to progress there is a need to step away from religious beliefs and practices. In fact, increasingly, people living in developed nations now view religion as the root cause of the conflict and disorder that we see in the world. Yet at the same time they admit that human beings learnt basic morals and virtues through religion."

"Moral decline and an increasing of lack of interest in religion in the world has been caused by the fact that the leaders of countries and their religious clerics have given precedence to their own interests over teachings of religion. True religious teachings and values have been corrupted and this has led people away from religion."

His Holiness said that fundamental to Islamic teaching was the need to recognise God Almighty and to serve His Creation.

"The Promised Messiah (peace be upon him) summarised the teachings of Islam in just two lines by saying that Islam requires Muslims to fulfil the rights of God Almighty and to be devoted to Him and secondly to fulfill the rights of God's Creation and to treat others with love and compassion. Indeed, each religion in its original form has taught this and so how can it be said that religion is the cause of the disorder prevalent in the world."

"Was religion the cause of either of the two world wars that took place in the 20th Century? Or were those abhorrent wars based upon a desire for power, conquering lands, geo---political gains and greed?" 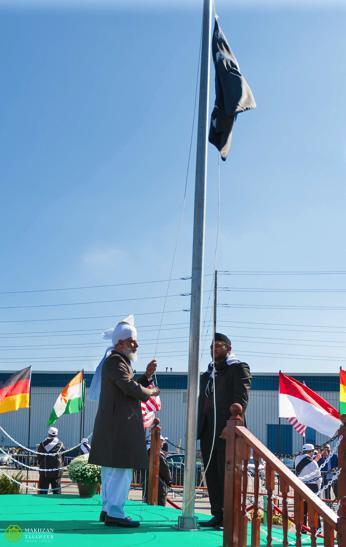 "No Muslim nation has the ability to produce the state of the art weapons that they possess. Rather, it is the developed nations and economic powers who are producing such destructive weapons and selling them to Muslim nations. Some countries sell to the Governments and some countries send arms to the rebel elements in those same nations. For example, Saudi Arabia is using weapons purchased from the West to destroy Yemen, which is a small and weak nation. " 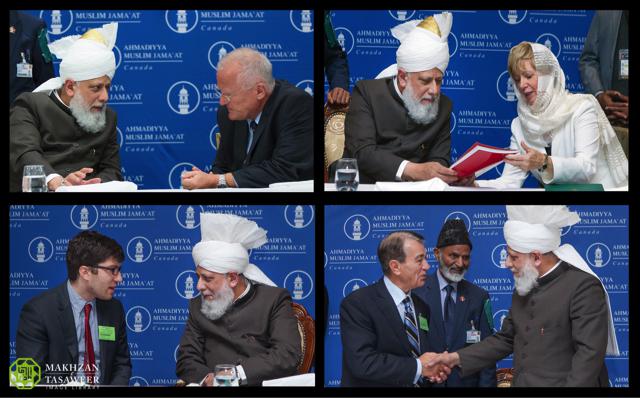 "Certain non---Muslim powers are also acting unjustly in order to pursue their own vested interests and ambitions and this is causing frustrations and restlessness to develop in different countries. Thus injustice is the true root cause of today's conflicts and wars.

The Jalsa Salana concluded with a silent prayer led by His Holiness. 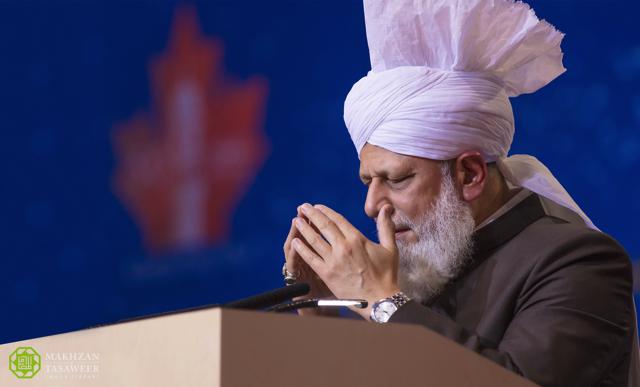 Later, His Holiness joined dignitaries and guests of the Jalsa Salana at a lunch hosted by the Ahmadiyya Muslim Community in Canada.

On Saturday, His Holiness addressed members of Lajna Imaillah (Ladies Auxiliary Organisation) about the role of women in Islam. He stated that no Ahmadi Muslim woman should have any complex or sense of inferiority when observing Hijab. His Holiness said that Hijab was a manifestation of the dignity and honour of a Muslim lady. 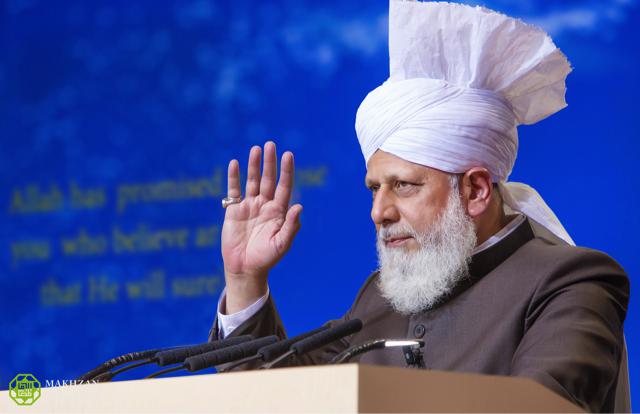 A range of other lectures were delivered during the Jalsa Salana by various members of the Ahmadiyya Muslim Community.