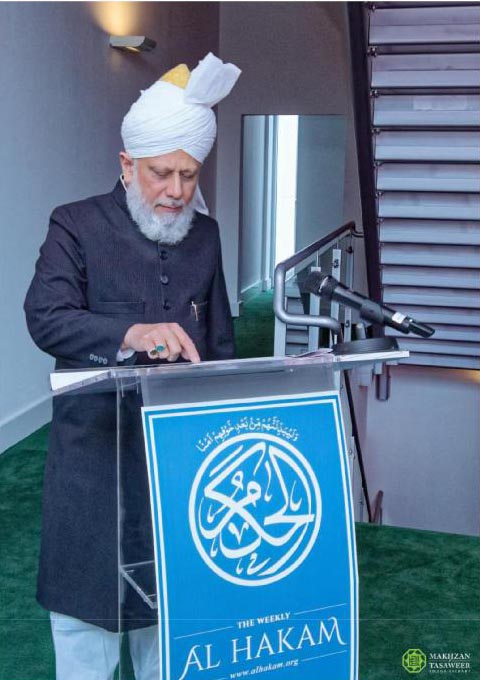 Henceforth, Al Hakam will serve as a weekly English newspaper for members of the Ahmadiyya Muslim Community and will aim to provide Ahmadi Muslims with historical and contemporary content regarding the true teachings of Islam.

His Holiness officially relaunched the newspaper from the Baitul Futuh Mosque after earlier announcing its relaunch during his Friday Sermon.

"I would like to announce some good news regarding the relaunch of newspaper 'AL-Hakam', which was first published in Qadian and was later restarted in 1934 but only for a limited time. The newspaper is now being relaunched from the UK in the English language. This newspaper was the first newspaper started during the time of the Promised Messiah (peace be upon him)."

"Now that is being relaunched again, I pray that may Allah enable Al Hakam to continue publication permanently. As it is being published in English, the English-speaking people should derive as much benefit as possible from this publication."

The newspaper will be in print and the weekly editions will also be available online every Friday at www.alhakam.org.

Al Hakam was first launched by the Founder of the Ahmadiyya Muslim Community, Hazrat Mirza Ghulam Ahmad, the Promised Messiah (peace be upon him) in 1897 and after its relaunch in 1934, it remained in publication till 1952.