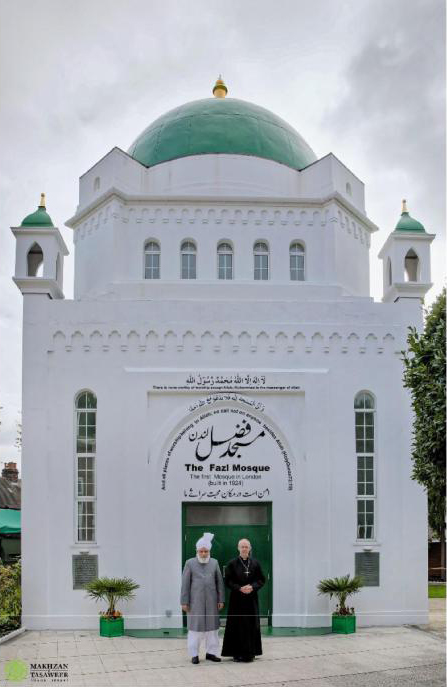 Caliph and Archbishop speak of need for worldwide religious freedom

On 10 October 2017, the Most Reverend, the Archbishop of Canterbury, His Grace, Justin Welby visited London's oldest Mosque, the Fazl Mosque where he met with the World Head of the Ahmadiyya Muslim Community, the Fifth Khalifa (Caliph), His Holiness, Hazrat Mirza Masroor Ahmad. 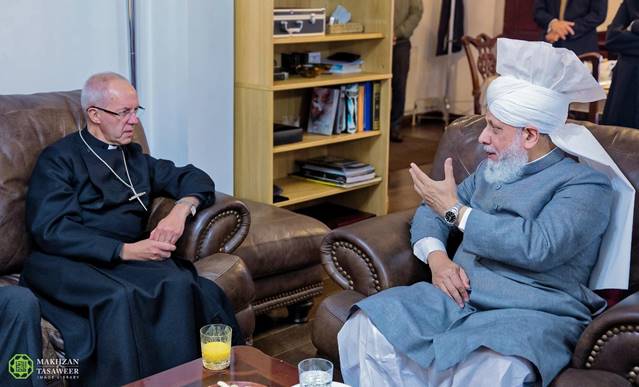 During the meeting, the Caliph and the Archbishop discussed the continued persecution of religious minorities in various parts of the world.

His Holiness informed the Archbishop that he himself had been falsely imprisoned in Pakistan in 1999 prior to his election as Head of the Ahmadiyya Muslim Community.

During the meeting, Hazrat Mirza Masroor Ahmad spoke of the need for 'tolerance' in society and for 'mutual respect' to be displayed by all people and communities. He said that it was imperative that people had the right to practice their religion freely and without any form of coercion. 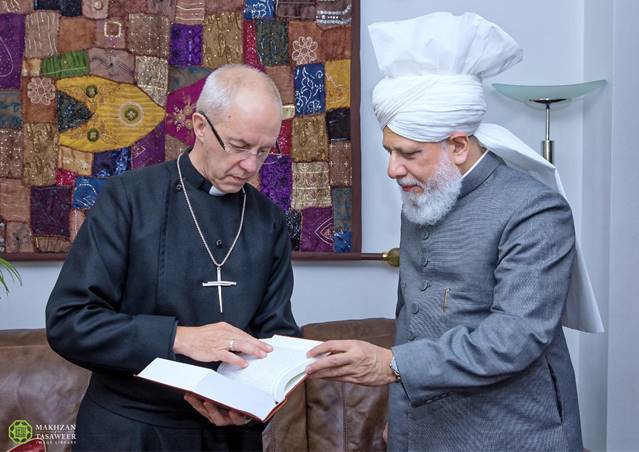 The meeting concluded as His Holiness presented the Archbishop with a copy of the Holy Quran, including both the original Arabic text and the English translation.

Following the meeting, the Archbishop of Canterbury, His Grace, Justin Welby said during an interview with MTA News:

"It was a great honour to meet His Holiness (Hazrat Mirza Masroor Ahmad). It was a wonderful meeting, hospitable and warm... We spoke principally about the issues of persecution, which is something the Ahmadiyya Community is well aware of and suffers hugely and we also spoke about the nature of religious extremism around the world in the different faiths and the importance of faith communities in the United Kingdom standing together, both for the common good of the country and for each other's support." 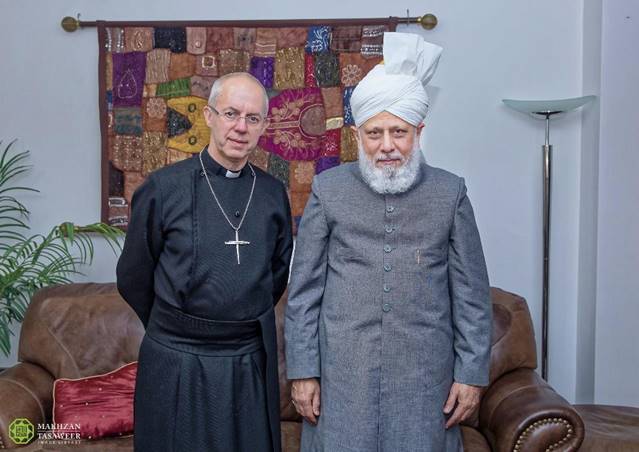 During his visit, the Archbishop was given a tour of both the Baitul Futuh Mosque in Morden and the Fazl Mosque in Southfields.