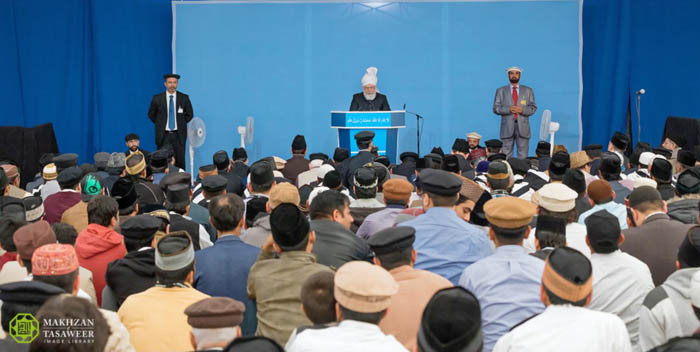 On 14 April 2017, the World Head of the Ahmadiyya Muslim Community, the Fifth Khalifa (Caliph), His Holiness, Hazrat Mirza Masroor Ahmad delivered his weekly Friday Sermon in the German town of Raunheim.

During his sermon, attended by more than 8,000 people, His Holiness paid tribute to the lives of three recently deceased eminent personalities of the Ahmadiyya Muslim Community, Professor Ashfaq Ahmad, H. Nasirud-Din and Sahibzadi Amatul Waheed Begum. 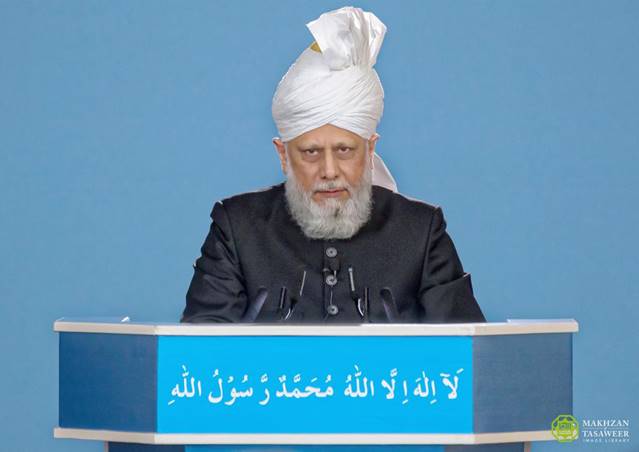 Commenting about the lives of the three individuals, Hazrat Mirza Masroor Ahmad said:

"These individuals possessed such moral qualities which are an example for all members of the Ahmadiyya Muslim Community and their lives and incidents contain lessons for many."

His Holiness said Professor Ashfaq Ahmad was martyred in a faith based attack on 7 April 2017 in Pakistan.

Mr Ahmad was travelling to the Mosque for Friday prayers in a car, accompanied by his grandson and a friend, when his assailant approached the car on a bike and shot at Mr Ahmad from point blank range. Mr Ahmad passed away on site.

Speaking about Professor Ashfaq Ahmad, His Holiness said that he "possessed very high morals" and tried to live by and spread the true teachings of Islam.

On 7th April 2017, H. Nasirud Din passed away in India as a result of drowning whilst bathing in a river. He was a Missionary of the Ahmadiyya Muslim Community based in India.

His Holiness said that he lived a very simple life and faced a lot of religious persecution, however he never retaliated or displayed anger and bore hardships with great patience.

His Holiness also spoke about the life of Sahibzadi Amatul Waheed Begum who passed away in Pakistan on 10 April 2017. She was a granddaughter of the Founder of the Ahmadiyya Muslim Community, Hazrat Mirza Ghulam Ahmad, the Promised Messiah (peace be upon him).

Hazrat Mirza Masroor Ahmad said she bore a long period of ill health with patience and was always "an excellent embodiment of righteousness". He said she paid much attention towards looking after the rights of the poor and made great sacrifices in order to look after the less advantaged.

After the Friday Sermon, Hazrat Mirza Masroor Ahmad led the funeral prayers in absentia of all three individuals.