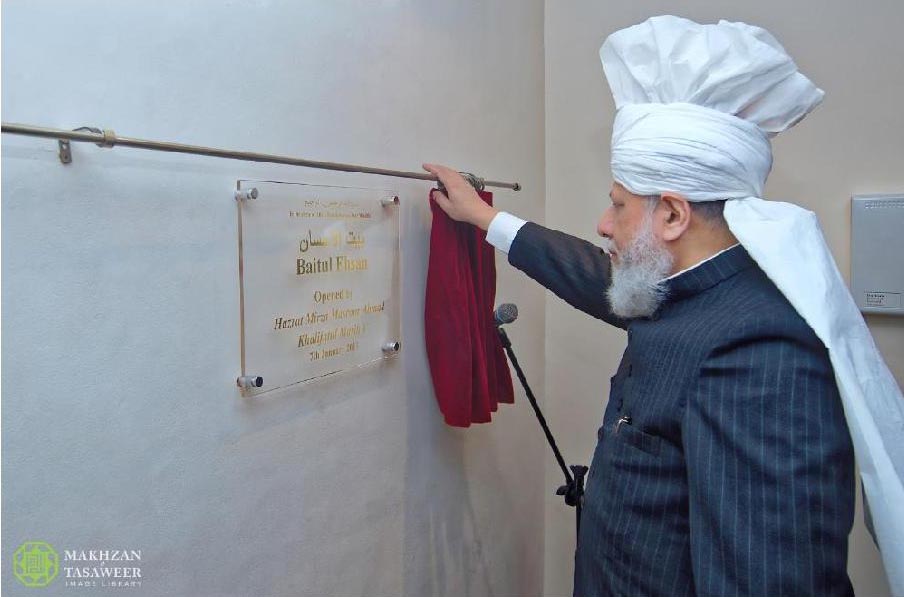 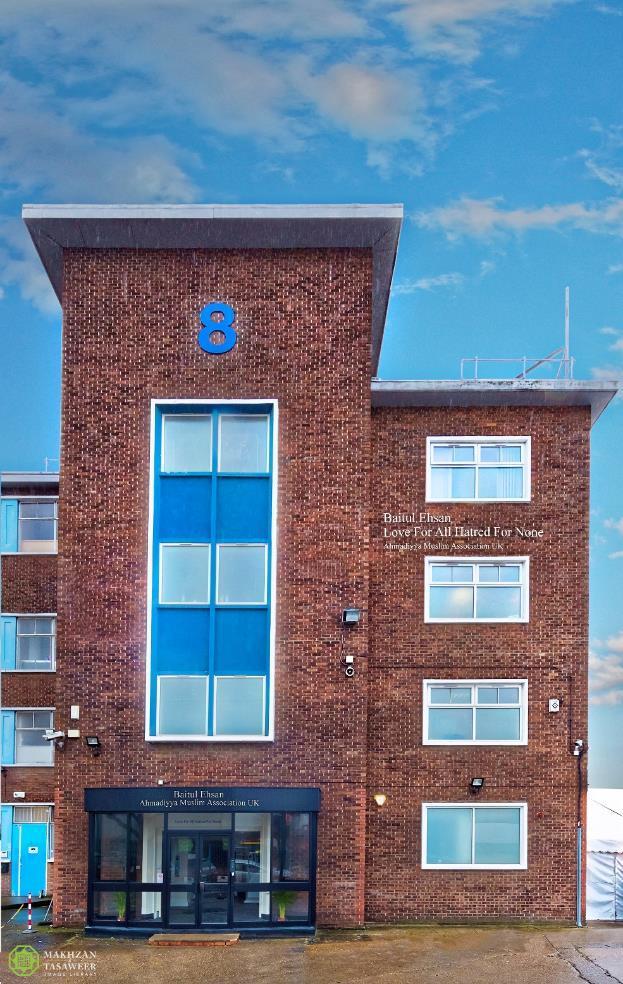 Upon arrival, His Holiness officially inaugurated the Mosque by unveiling a commemorative plaque and offering a silent prayer in thanks to God Almighty.

His Holiness then delivered an address to the local Ahmadi Muslims gathered at the event.

Speaking about the true purpose of a Mosque, Hazrat Mirza Masroor Ahmad said:

"The purpose of a Mosque is to worship the One God, and so all those who come to worship in this Mosque should seek to fulfil this objective. Thus, Ahmadi Muslims should always pay full attention towards worship and fulfilling the obligations owed to God Almighty."

"As a result of building this Mosque, the local community will become more aware of the Ahmadiyya Muslim Community. Hence, the local Ahmadi Muslims must fulfil the rights of their neighbours and inform the local people about the true peaceful teachings of Islam so that any fears or misconceptions that they may hold about Islam are removed. May Allah enable you all to do this." 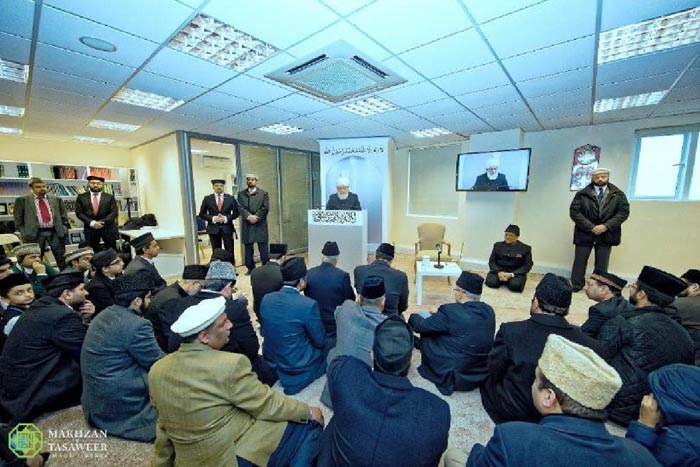 After his address, His Holiness led the Zuhr and Asr prayers at the Mosque and inspected various facilities of the Mosque. 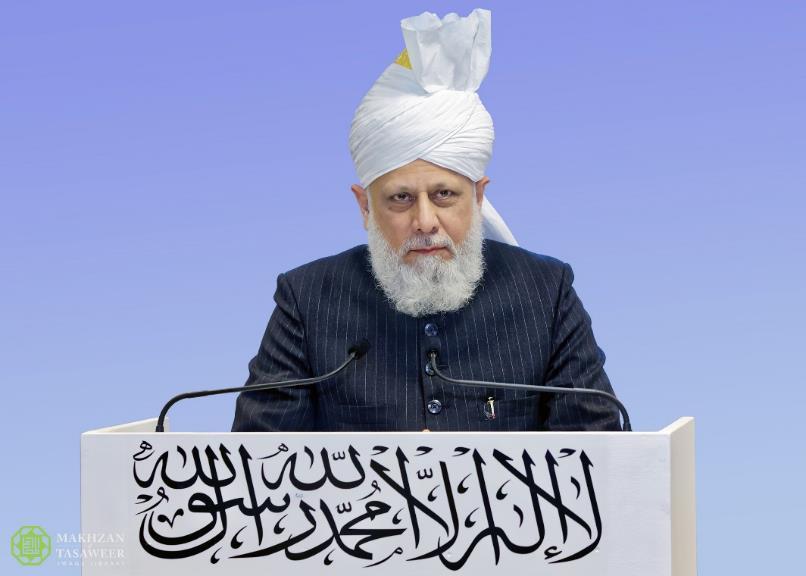 In addition to the prayer halls, the five-story building holds conference rooms, offices and various other facilities. 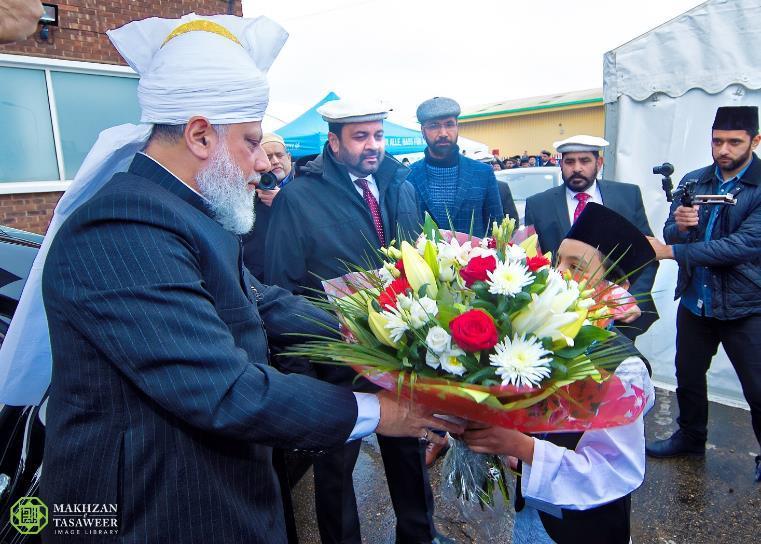