During the inspection, Hazrat Mirza Masroor Ahmad visited the various departments tasked with organising and running the event. His Holiness was briefed on the arrangements whilst he inspected the Messe Karlsruhe site.

Later, His Holiness directly addressed many of the thousands of volunteers tasked with hosting the Convention, where he spoke of the need for mutual cooperation and a spirit of humility amongst those responsible for the management of the event.

He also spoke of how many of the volunteer workers had become very proficient in their duties, even though they were quite different from their daily professions. 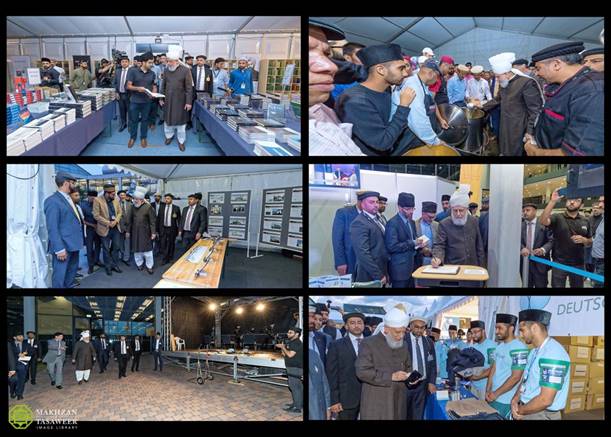 Hazrat Mirza Masroor Ahmad said:
"It is a great favour of Allah the Almighty that he has blessed our Community with so many selfless and dedicated workers who are determined to serve the guests of the Promised Messiah (peace be upon him) in the very best way."

Hazrat Mirza Masroor Ahmad continued:
"In worldly events, to hold such a large-scale event would require many professionals and experts to run the various departments. However, our Jalsa is a purely spiritual event and our Ahmadi Muslim volunteers do duties which are often completely different to their normal jobs or qualifications and yet over the years they have developed great expertise in their Jalsa duties. This is due to the unique spirit of service that Allah the Almighty has inculcated into the Community of the Promised Messiah (peace be on upon him)."

Concluding, Hazrat Mirza Masroor Ahmad said:
"No one should ever think that the success of the Jalsa or of their department is dependent upon them. Rather, all success is due only to the Grace and Blessings of Allah the Almighty... I pray that may Allah bless the forthcoming Jalsa Salana Germany in all respects." 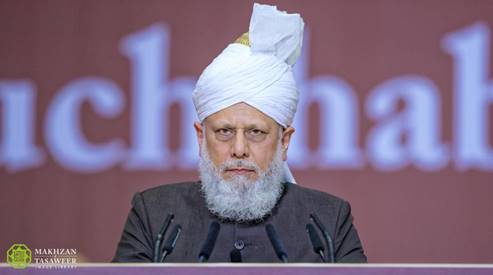 The Jalsa Salana being held in Karlsruhe will begin later today and continue till Sunday (25-27 August). 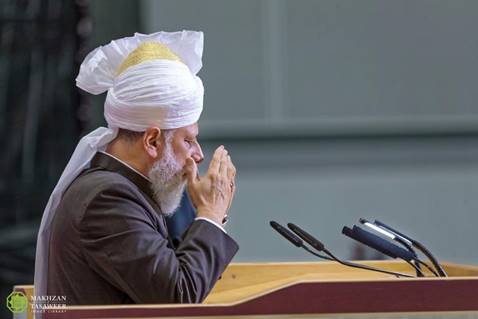