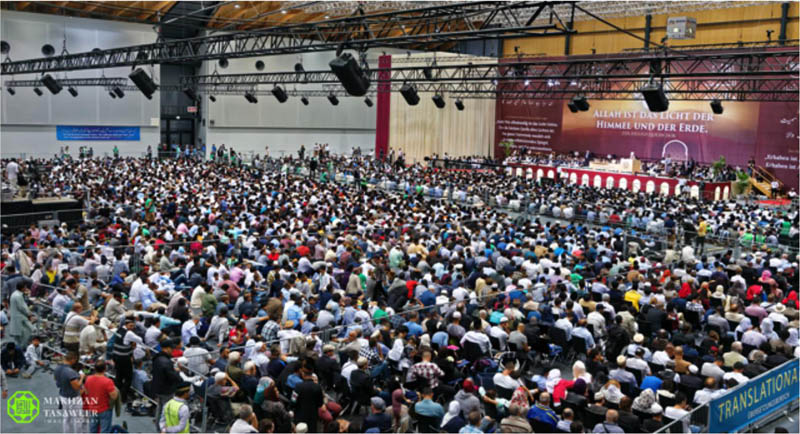 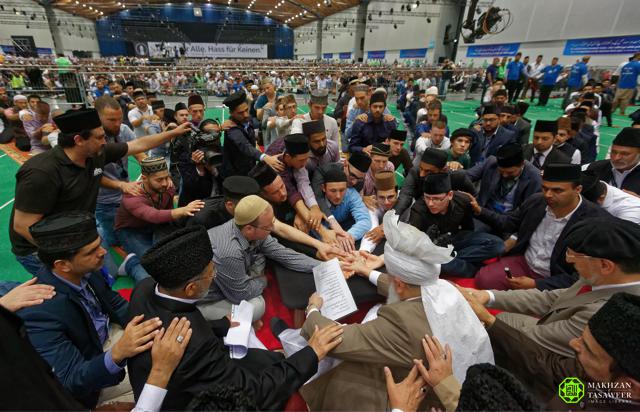 Prior to the session, His Holiness led more than 38,000 Ahmadi Muslims in a pledge of allegiance (Bai'at) ceremony.

During his concluding address, His Holiness said that the Ahmadiyya Muslim Community was continuing to grow and spread further afield, even at a time when a general decline in religion was apparent in much of the world.

His Holiness said that, increasingly, it was alleged that religion was the root cause of the wars and conflicts in today's world but Ahmadi Muslims believed that the world's lack of peace was due to the fact that people were moving away from religion and from God Almighty. 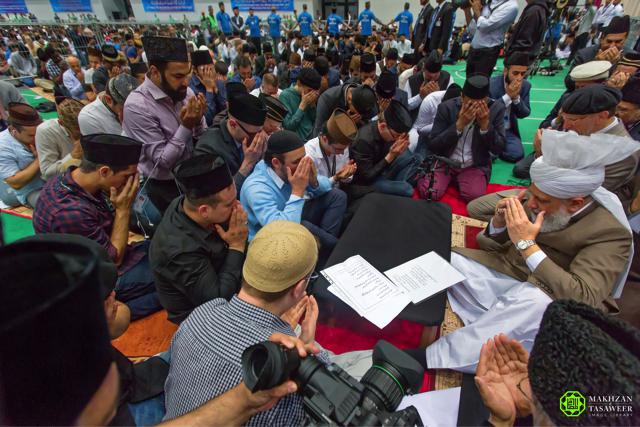 "Terrorism has now spread to the Western world and suicide attacks are now taking place here and this has led to increasing fear of Islam in the minds of the public. Such evil atrocities are driving people away from faith and assisting those who oppose religion and who falsely claim that religion is the root cause of today's disorder."

"At a time when the world considers religion and faith to be the source of warfare and conflict, we Ahmadi Muslims believe that the cause of such unrest is because people have abandoned faith." 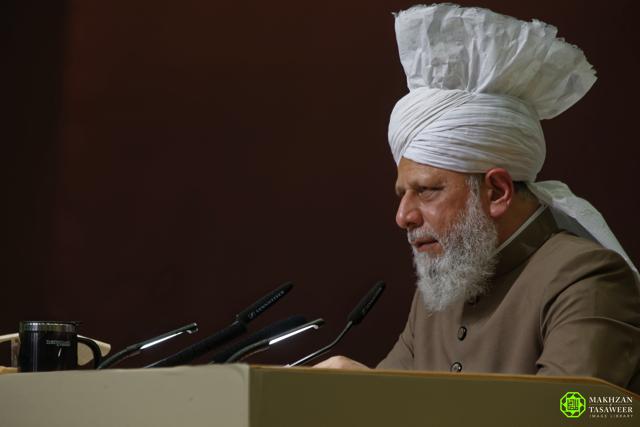 Speaking about the teachings of the Holy Quran, Hazrat Mirza Masroor Ahmad said:

"The teachings of the Holy Quran are universal and timeless and have established the rights of every person, of every belief, of every race and of every nation."

Thereafter, His Holiness quoted extensively from the writings of the Founder of the Ahmadiyya Muslim Community, His Holiness, Hazrat Mirza Ghulam Ahmad (peace be upon him) regarding the objectives of religion and belief.

"The purpose of religion is to create a bond of love between God and mankind. It is to remove all prejudice and hatred. It is to establish the very highest standards of morality and justice. Religion is the name of that institution which creates a loving union between man and His Creator and inculcates sympathy and compassion between all people."

"Today, it is the responsibility of Ahmadi Muslims to understand and act upon the true teachings of Islam and thereafter inform the world about the need and importance of religion. This is the pledge that we have made to the Promised Messiah (peace be upon him) that we will seek to spread true and peaceful Islam far and wide." 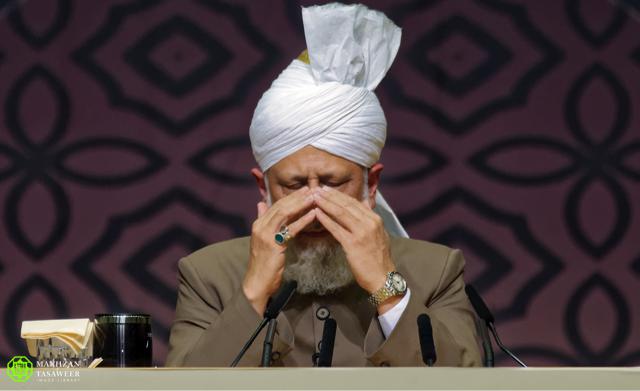 Earlier in the day, over 38,000 Ahmadi Muslims attending the event in Karlsruhe took part in an emotional pledge of allegiance (Bai'at) at the hand of the Fifth Successor to the Promised Messiah (peace be upon him), whilst Ahmadi Muslims around the world also took part through viewing the proceedings live on MTA International.

During the ceremony, a number of people took the pledge for the very first time. 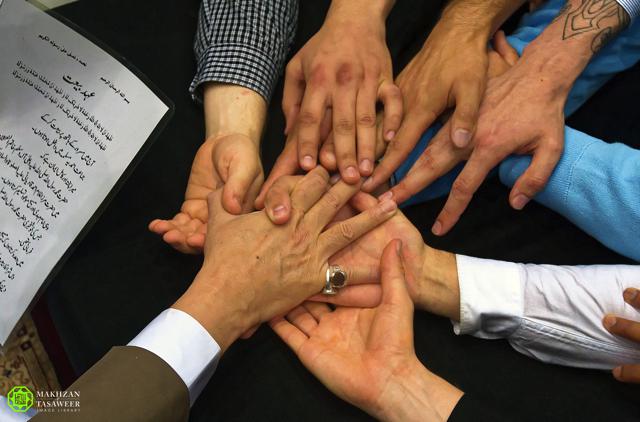