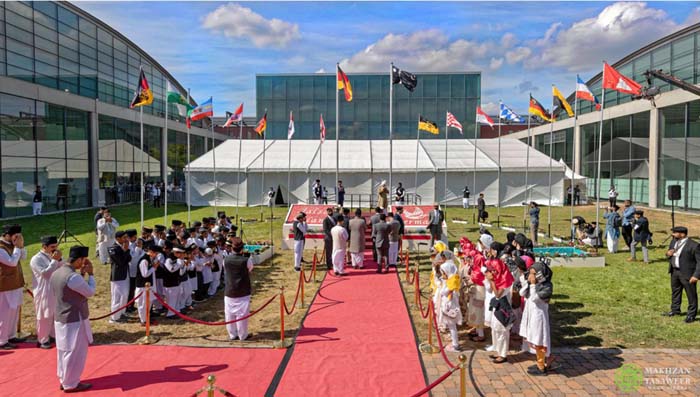 Prior to the Sermon, His Holiness raised the Flag of the Ahmadiyya Muslim Community (Liwa-e-Ahmadiyyat) to officially inaugurate the event, whilst the German National Flag was also raised. 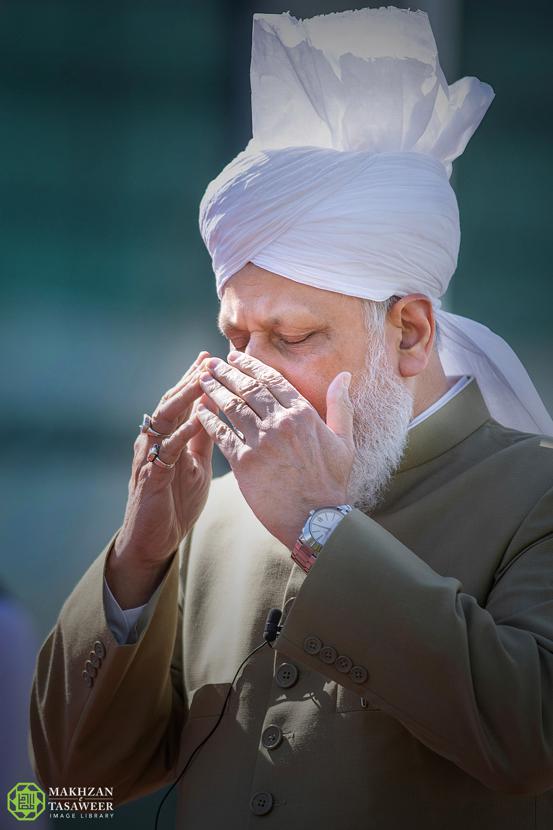 During his Friday Sermon, His Holiness spoke about the true purpose of the Jalsa Salana, and the responsibilities of all the participants.

Commencing his address, Hazrat Mirza Masroor Ahmad said:
"Ever since the Jalsa Salana was established, over 125 years ago, we have been hearing that its status, as stated by the Promised Messiah (peace be upon him), was not that of a common worldly event. It is not an event to showcase our numbers or to affect any sort of worldly influence on the rest of the world. Rather those who attend the Jalsa should do so purely for the sake of God Almighty and strive to be those who increase in spirituality, understanding and knowledge and fulfilling the rights of mankind." 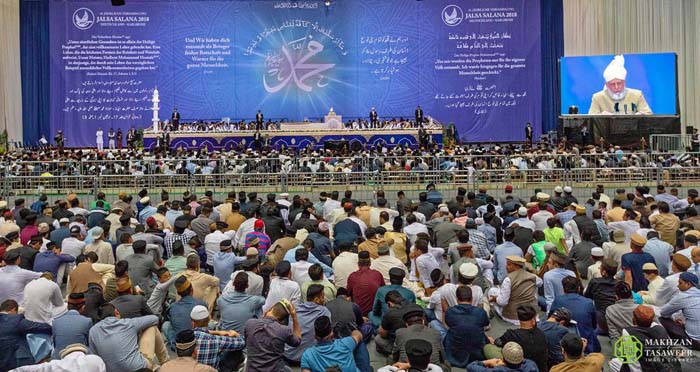 His Holiness reiterated the need to inculcate and practice the highest morals both during the Jalsa Salana and in day-to- day life.

Furthermore, His Holiness said it was essential that both the hosts of the Jalsa Salana and the guests each displayed the highest standards of etiquette at all times.

Hazrat Mirza Masroor Ahmad said:
"Firstly, I urge the workers and hosts to keep control of their emotions at all times. It is your duty to care for the guests in all circumstances. Be softly spoken just as the Promised Messiah (peace be upon him) has advised. Speak with kindness and consideration, as this is a reflection of true humility." 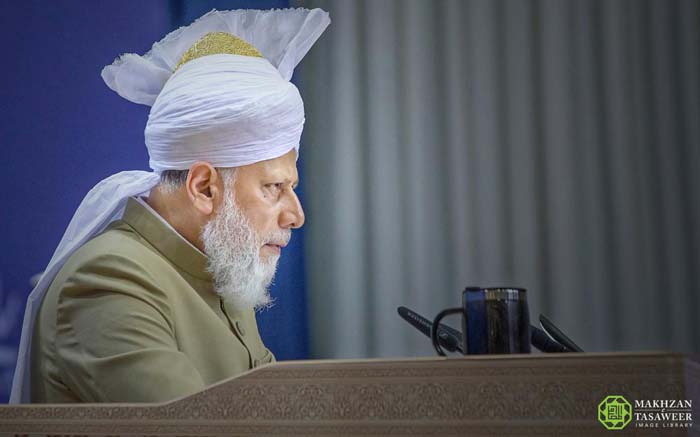 His Holiness said the Jalsa Salana was also a means of spreading true Islam and illustrating its noble teachings.

Hazrat Mirza Masroor Ahmad said:
"All Ahmadi Muslims attending the Jalsa are engaged in spreading the true teachings of Islam silently through their good conduct and manners. Thus, it is essential that all participants display the highest moral standards at all times."

Having spoken about the responsibilities of the duty holders and volunteers His Holiness reflected upon the responsibilities placed upon the guests and attendees of the Jalsa.
Hazrat Mirza Masroor Ahmad said:
"Attendees of the Jalsa Salana should always remember that their objective is to inculcate righteousness in their hearts and to better themselves in knowledge, understanding and spirituality." 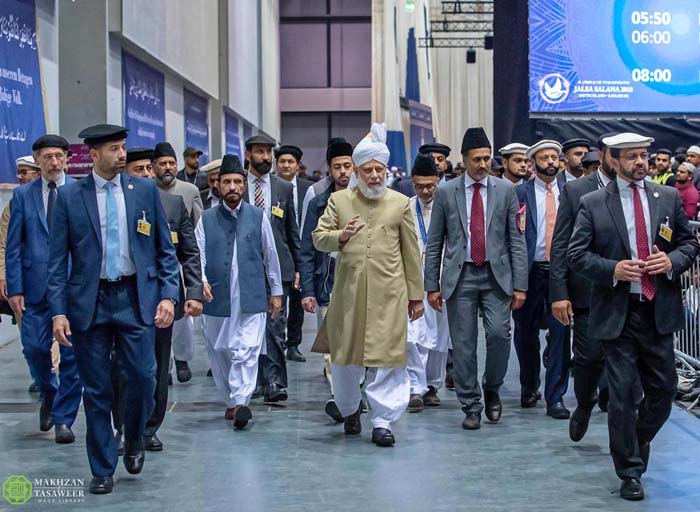 Hazrat Mirza Masroor Ahmad continued:
"Guests should treat the volunteers, many of whom are very young, with respect and courtesy so that their spirit and desire to volunteer continues to increase, rather than it be that they seek to excuse themselves in future years due to their past experiences."

Later in the day, His Holiness held various meetings with delegations from abroad, including a meeting with hundreds of African guests. 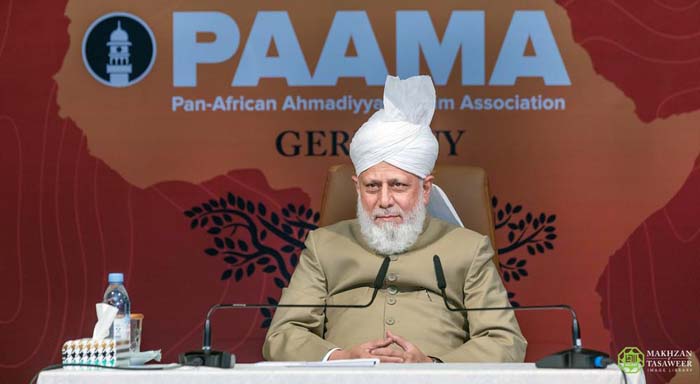 The guests were able to ask His Holiness a range of questions and seek his prayers and counsel on various issues.