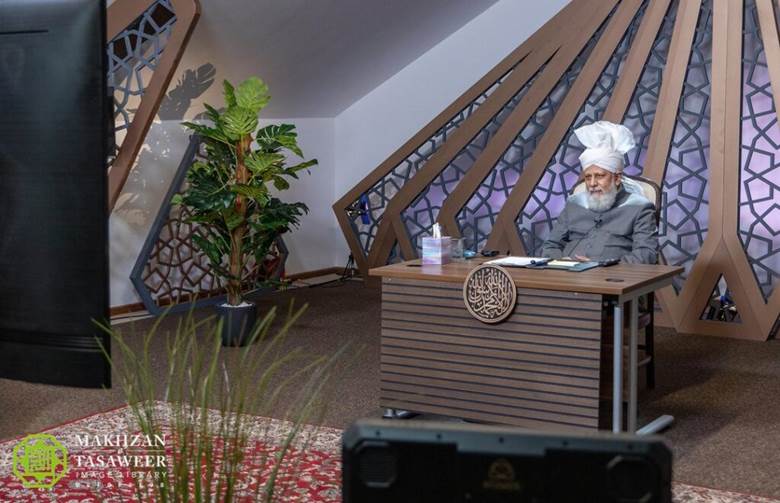 "The nations that progress are those who keep their shortcomings in view and try to improve upon them." - Hazrat Mirza Masroor Ahmad

His Holiness presided the meeting from MTA Studios in Islamabad, Tilford, whilst the Amila members joined from the Baitus Subuh Mosque complex of the Ahmadiyya Muslim Community in Frankfurt, Germany. 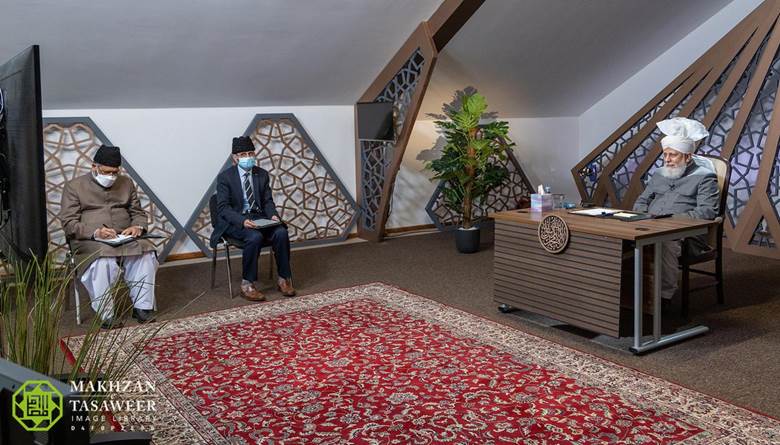 During the meeting, His Holiness spoke to all attendees and outlined the various responsibilities assigned to the respective Ansarullah Amila members and gave guidance on improving the activities of their departments.

"If you keep an eye on your shortcomings, you will progress. Becoming satisfied at your achievements hinders one's progress. Certainly, nations that progress are those who keep their shortcomings in view and try to improve upon them... If we are to serve and progress then it is only for the sake of Allah. If we are to truly analyse ourselves then we must understand where we stand and what is the reality." 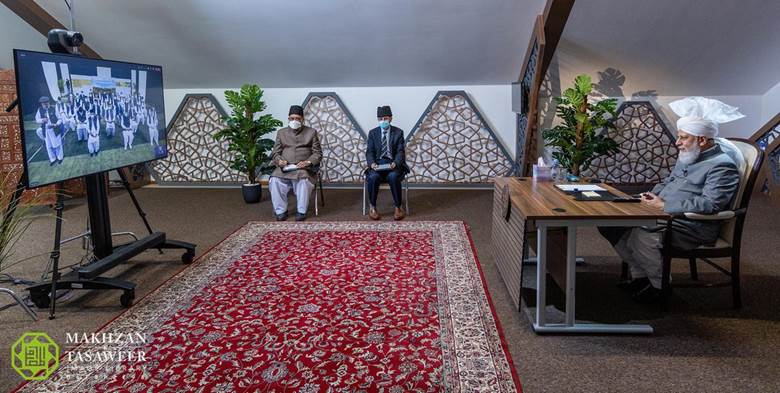 Speaking to the Qaid Isaar, responsible for running initiatives to serve humanity, His Holiness instructed that they should take up large projects to serve people in Africa, such as building model villages through the charity Humanity First.

Speaking to the Qaid Talim-ul-Quran, responsible for teaching the Holy Quran and also for ensuring Waqf-e-Arzi takes place whereby people dedicate two weeks to help teach the Holy Quran or conveying the message of Islam, His Holiness said that Amila members should lead by example in dedicating time for Waqf-e-Arzi. 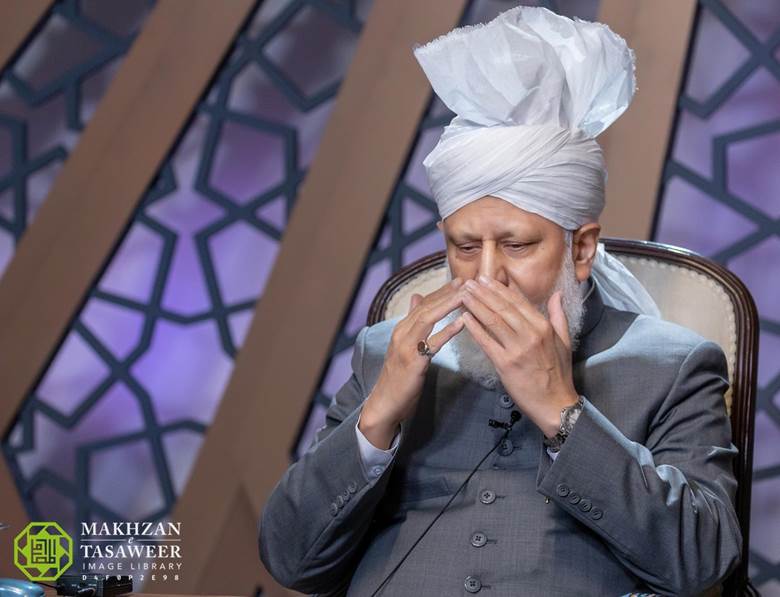 "All Amila members, including those at national and local levels, should take part in the Waqf-e-Arzi scheme. This is the target you should set that the Amila members should be required to carry out two weeks of Waqf-e-Ardhi."

"There is no benefit in just asking questions and listening to answers if there is no action. Thus, strive to the very best of your abilities and then pray that Allah the Almighty creates the best outcome and blesses your efforts and then leave it up to Allah. There are weaknesses both in terms of action and in terms of prayer and so you must firstly eradicate these weaknesses and then it can be said that something has been achieved."