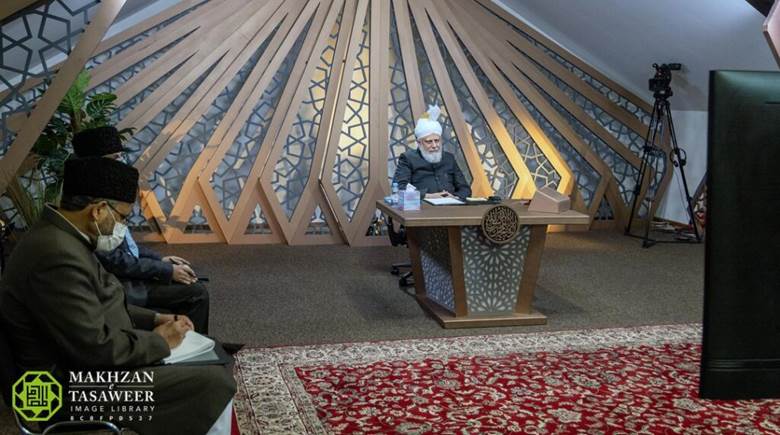 His Holiness presided the meeting from the MTA International Studio in Islamabad, Tilford, whilst the Amila members of Majlis Khuddamul Ahmadiyya were gathered in the Ahmadiyya Muslim Community Mission House in Helsinki, Finland.

After commencing the meeting with a silent prayer, His Holiness spoke to each Amila member individually regarding their duties and responsibilities and they were each able to present a report of their departmental activities and to seek the guidance of His Holiness. 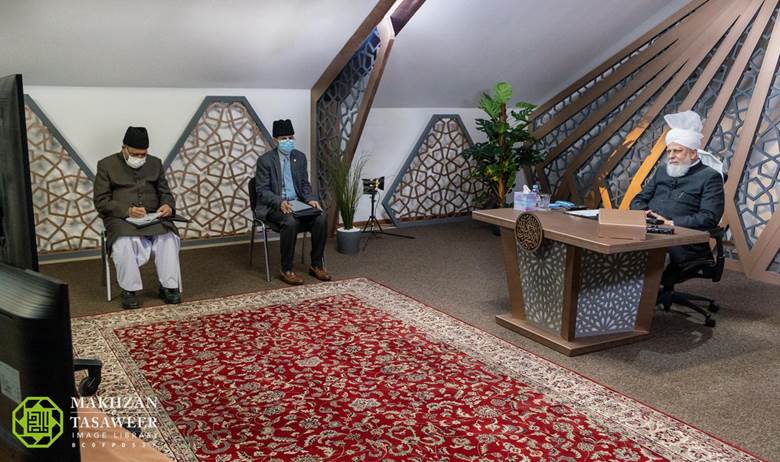 His Holiness explained that one should be searching for new and innovative ways of spreading the message of Islam. 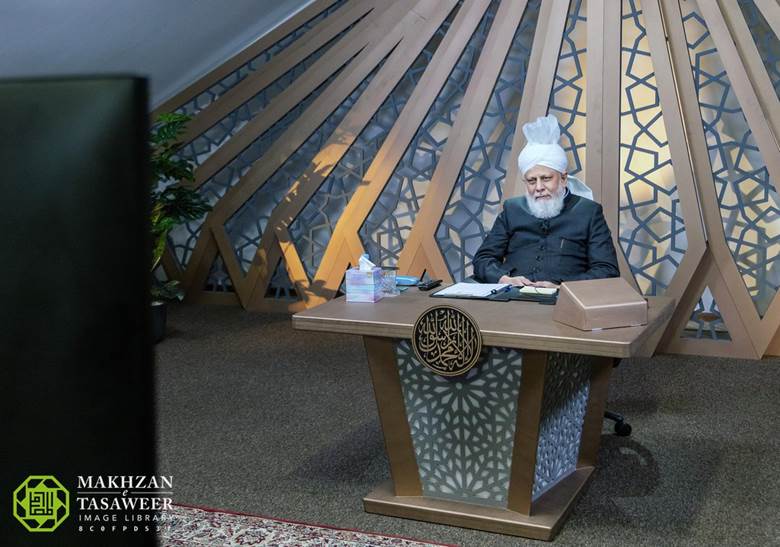 "You should focus on the question of how can we effectively cause the teachings of Islam to reach members of society. People converting to Islam will come at a later stage. Avenues of propagating the message of Islam will open up when people's interest in religion is piqued, so you must first create that intrigue and interest in religion. Tell them about the reality of Islam, and about Islam's stance on contemporary issues, this will generate the interest of the public."

Speaking about service to mankind, His Holiness said that a particular emphasis should be given to caring for the elderly in society by visiting them in care homes. Hazrat Mirza Masroor Ahmad explained that many elderly people are deprived of love and care and they become overjoyed when visited by people. 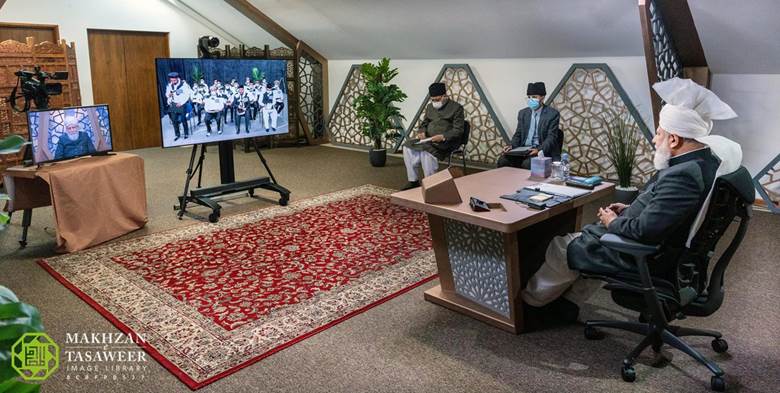 His Holiness also said that Majlis Khuddamul Ahmadiyya Finland should take on the responsibility of helping not only people within its own nation, but also those less fortunate around the world by installing at least one water handpump in Africa every year.

Speaking about the immense need to safeguard the young members of the community, and to pay special regard to their upbringing, Hazrat Mirza Masroor Ahmad said:

One member asked His Holiness as to how the importance of the Friday prayers can be impressed to the youth.

"The secretary responsible for the upbringing and training of the youth (Mohtamim Tarbiyyat) should from time to time impress the importance of the Friday prayers on the Khuddam. They should explain that missing one Friday prayer casts a stain on the heart, that missing a second casts a further stain, and that missing a third does so further. And that other than those people who have an extreme and unavoidable excuse, every single person should attend the Friday prayers." 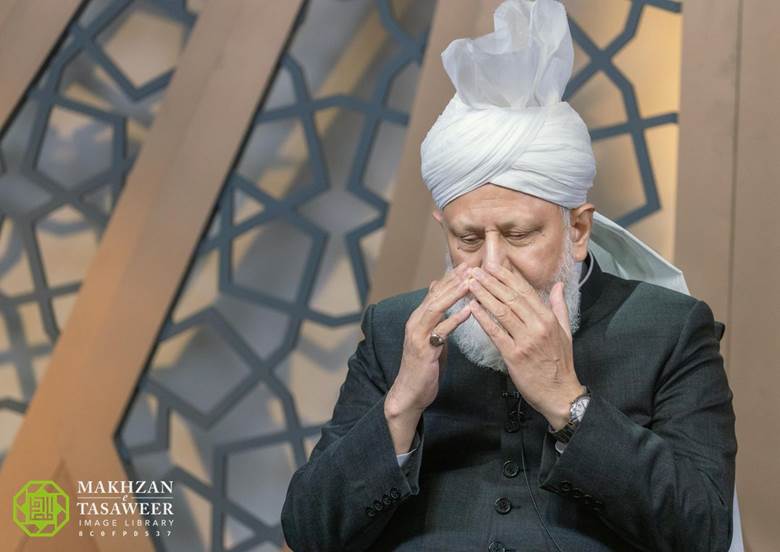 "Explain to them (Khuddam) the meaning of the pledge that we make to give precedence to our faith over all worldly pursuits. If the place for worship is far away, then four or five Khuddam can get together and offer the Friday prayers in congregation. In any case you should repeatedly emphasise the importance of the Friday prayer. This is the responsibility of the Tarbiyyat department."

His Holiness was also asked how to engage with such members who remain distant despite efforts to reach out to them.

"Make a concerted effort in this regard. In reality, where communication is not able to be established, it is due to a lack of effort on your part and on the part of the office bearers. Ensure such a system is enacted where you remain in touch with every member. You should call the members from time to time simply to greet them with a message of 'peace be upon you' (Assalamo Alaykum) and just ask how they are. This will have a positive impact."

"You should call the Khuddam and ask how they are without any other motive or reason behind it. Also, meet and greet them on the day of Eid and send them gifts."

One member asked His Holiness as to the best way of instilling the importance of offering the five daily prayers in the youngsters of the Ahmadiyya Muslim Community (Atfal-ul-Ahmadiyya).

"First you should fully understand the importance of Salat yourself and then when you understand its importance then you can teach it to them. Allah the Almighty has created us and in order for us to show our gratitude to him we must worship Him. Indeed, this is also what Allah the Almighty has said that 'I have not created man and Jinn but that they should worship me'. And Allah has not said this because He receives some benefit from this, rather the benefit is entirely for the individual. So, explain that worship of God benefits you in this world as well as the Hereafter. If you worship in the proper manner and beseech Allah the Almighty, then Allah causes your small efforts to come to fruition, and causes them to yield even greater results. The fruits of such efforts will also be reaped in the life to come as well..."

Concluding the meeting, Hazrat Mirza Masroor Ahmad addressed the members of the Amila and said:

"You should act upon the various instructions and points that have been given and act in accordance with the plans that are in place. Begin your work now with a new and invigorated passion and try to achieve 100% of the targets and plans that you have set."