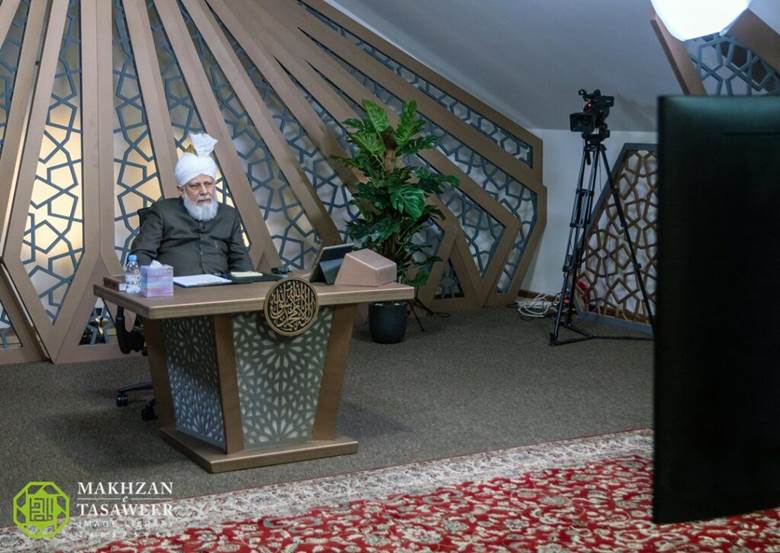 On 19 December 2021, the World Head of the Ahmadiyya Muslim Community, the Fifth Khalifa (Caliph), His Holiness, Hazrat Mirza Masroor Ahmad held a virtual online meeting with members of Majlis Khuddamul Ahmadiyya from Singapore.

His Holiness presided the meeting from the MTA International Studio in Islamabad, Tilford, whilst 19 Khuddam were gathered at Taha Mosque in Singapore.

Following a formal session starting with the recitation of the Holy Quran, the attendees had the opportunity to ask His Holiness a series of questions regarding their faith and contemporary issues. 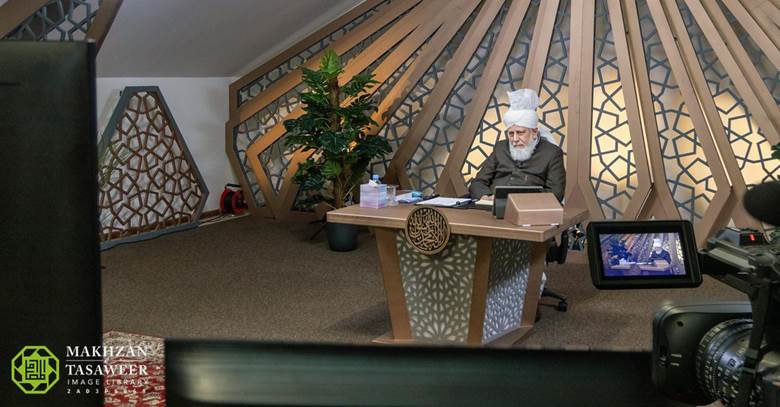 One of the attendees asked His Holiness' advice on how to free one's heart of hatred for others.

"We are the followers of the Prophet who is the last of the Prophets [Prophet Muhammad (peace and blessings be upon him)] and whose heart was free of all such type of evils and hatred. Further, the Promised Messiah (peace be upon him), who has come in this age as a subordinate prophet of the Holy Prophet Muhammad (peace and blessings be upon him), said, 'I have come in this age to bring mankind closer to their Creator and secondly to make them realise their duties towards their fellow beings.' He states that we cannot discharge these duties until and unless our hearts are pure and there should not be any enmity, animosity or jealousy in our hearts. Only if that be the case can we discharge our duties towards each other. We cannot achieve this target on our own, we have to seek Allah's help for this. You should pray to Allah the Almighty in your five-time daily prayers that Allah the Almighty purifies your heart and removes all the hatred in your heart for any person." 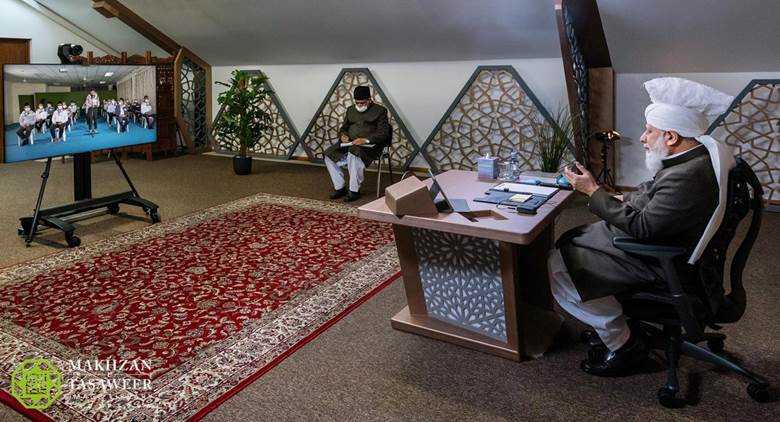 Another Khadim mentioned that a fatwa (religious edict) in opposition to the Ahmadiyya Muslim Community remains published on behalf of the wider Muslim community in Singapore.

His Holiness went on to explain that the people who declare Ahmadi Muslims to be non-Muslims are themselves awaiting the return of Jesus (peace be upon him) and so they too cannot say that another prophet is not to come in the world and therefore their own belief violates their interpretation of the concept of the 'Seal of the Prophets'.

Encouraging them to further increase their efforts in conveying their beliefs, Hazrat Mirza Masroor Ahmad said:

"[Through] Tabligh you will spread this message and remove the doubts from the minds of the people, and you will be able to explain to them (your perspective). So it all depends on the level of your Tabligh and how efficient you are in Tabligh - how daring you are in expressing your view. As far as Fatwas are concerned, they are always there. Non-Ahmadis always speak against us. The main thing is that we behave like true Muslims and set an example in this regard. Each and every one of our actions should be according to the teachings of Islam and when people will see that we are behaving like a Muslim, they themselves will know that these fatwas are all wrong."